Summer loving for me includes seeing relatives and going sight-seeing not just sunny holidays at the beach.  Here are a small selection of shots from a trip to London in 2012, celebrating good times and making me want to go and create some more memories!

We took this trip to London as I did not have enough money to go to the USA or other far-flung corners of the world and I realised that people there longed to come here!  I decided to appreciate what was on my door step and gave my two children two magical days around our nation’s capital.  We went by train to London where we met my sister at Euston and quickly headed to the beautiful markets at Portobello Road (featured in the film, Bedknobs and Broomsticks, as the place, “where the riches of ages are sold”.

I bought a beautiful spiral silver bracelet there to remember our trip by, while my daughter than 9, bought a bright blue, ‘I love London’ school bag.

Visits to Museums and Art Galleries in London are free so we also went to the Natural Earth History Museum and the Victoria and Albert (V&A) Museum and the Tate Modern.

Paddling in the courtyard of the V&A Museum, Lond on 2012 © Michelle Sherlock

My son and I howled laughing at what passes for art in the Tate Modern!  There were something like 8 canvases of this taking up a room the size of a primary school gymnasium!

Tate Modern displayed an Octagon pasted to the wall and called that art too!  Unbelievable.  Obviously they have never read, “The Emperor’s New Clothes” story or if they did, learned the wrong lesson!

As you can see from the photos below we also went on the Millenium Wheel and River Cruise along the Thames and had a fabulous time.  We also walked along the banks of the Thames and took trips on London’s double-decker buses to see some of the sights along the way as well as using the tube.

Sight-seeing along the banks of the Thames, London August 2012

The closest we got to the Royal Family, London 2012 as seen from our river cruise along the Thames © Michelle Sherlock

Houses of Parliament from the Millenium Wheel , London 2012 © Michelle Sherlock

My summer photo of the year was however this one of my beautiful daughter:

Paddling and having fun with the fountains at the V&A Museum, London 2012 © Michelle Sherlock 2012 – Photo may not be used without express consent

Let us know what summer lovin’ means to you. share your story and read other posts  here: http://dailypost.wordpress.com/dp_photo_challenge/summer-lovin/

For other posts about my summer activities and any related travel photos you could also visit:

Proudly supporting the A21 Campaign 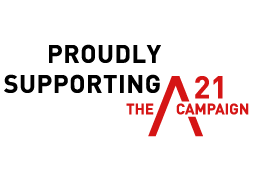